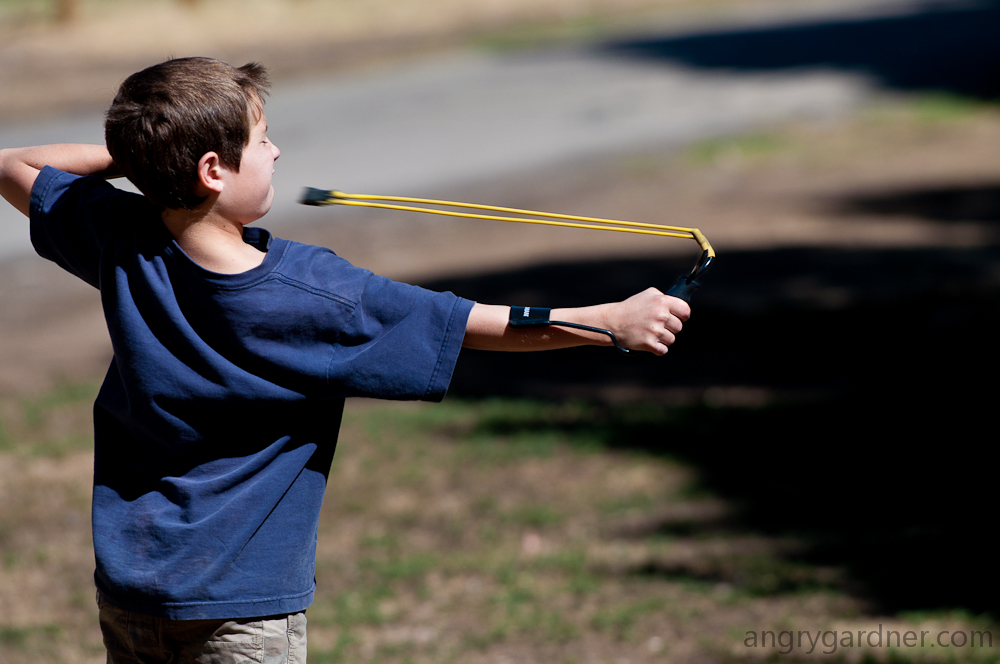 Christy and Chey went to girls camp this week. Yes, I missed them horribly. But we managed to still have a little fun and even get down in the dirt a little, some of us more than other.

Logan sure enjoyed the having complete access to the sling shot. He was able to get fairly accurate, probably because of the all the practice he got. He had a shooting range set up and spent hours and hours of knocking over cans. He even was able to punch a hole through one of his cans. 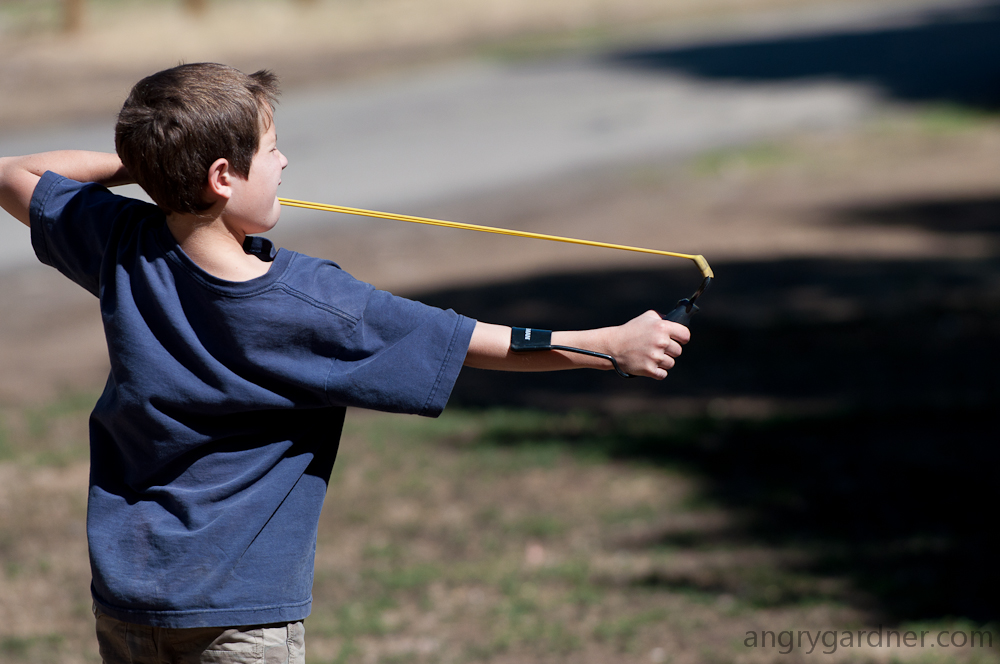 While I was trying to get a picture of Logan and the slingshot Luke wanted a “Picture with my mouth open” So here you have it a picture with his mouth open. Ain’t it grand. 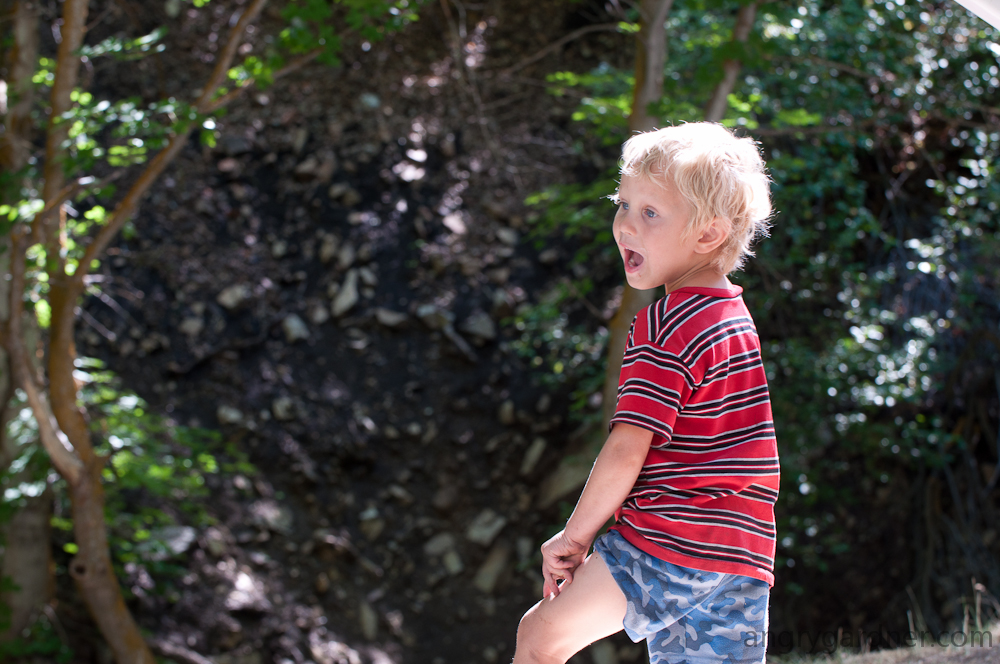 I always make some time for Dutch oven potatoes whenever we go camping. They are always good, but this batch was exceptional. I will throw the recipe at the end. 😀 You’re welcome.

Along the way I picked up a new favorite camping food tradition. Totinos party pizzas. Since I am already “not-camping” because of my trailer. Why not take advantage of it. Bake the pizzas cut the boxes to serve the pizza on. Everyone likes them and the clean up is the easiest ever. (It’s called kindling for the fire)

This is a ratio so you can double, triple, 10X, or whatever as needed.

Render the bacon until it is almost crsipy. Add meat and one cup of water cook over med-high until the water is gone. Add another cup of water stir well. Add the onions carrots then spices, then add the potatoes. put the lid on and cook for 45 mins to an hour do not stir. Once, the potatoes are cooked stir well and serve the meat should have gotten that wonderful brown pieces.