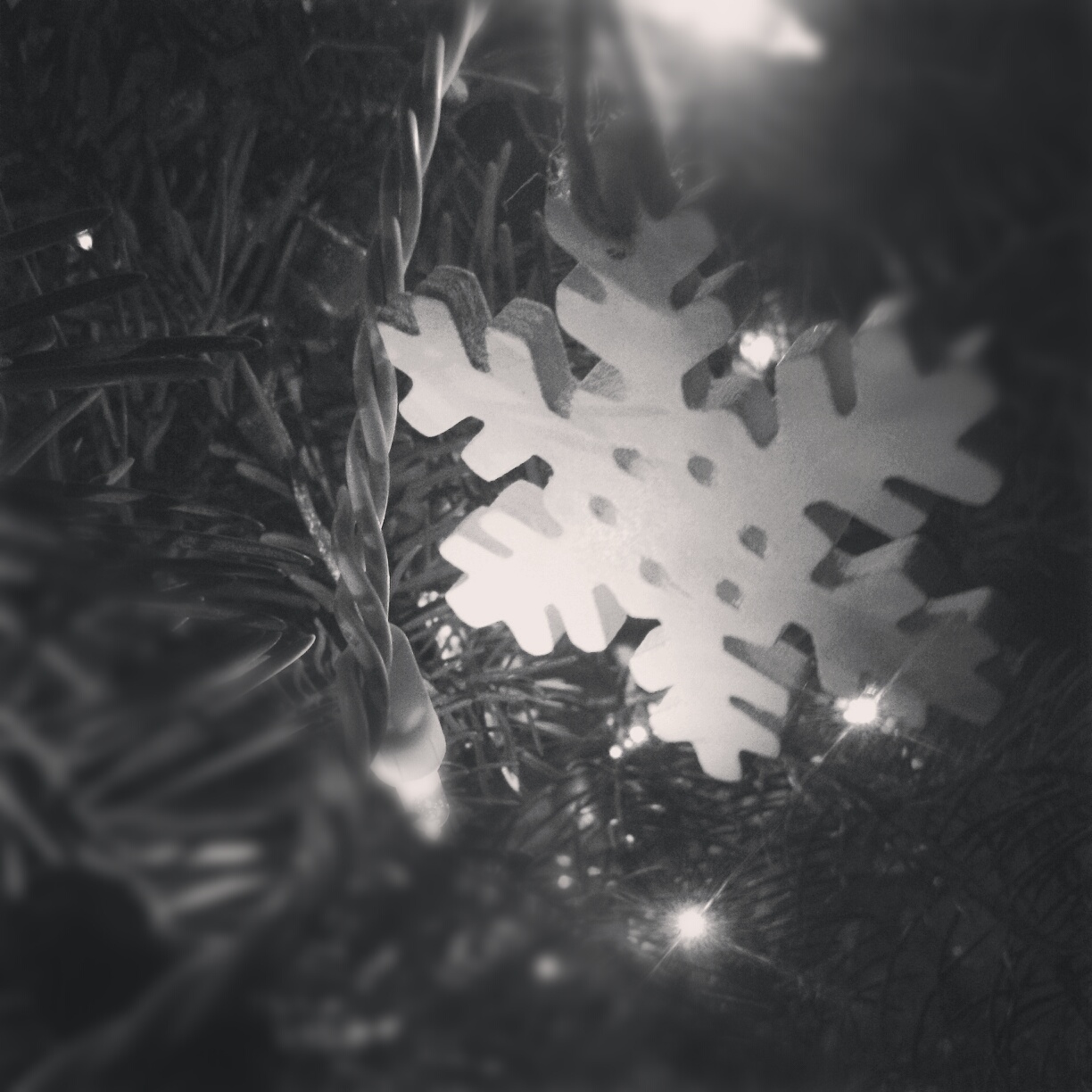 This is going to be a long post. Sorry in advance.

We started “December” the weekend before Thanksgiving. One of the only things I like about living in Salt Lake is that it is virtually free to do fun things. Like go to the Christmas tree lighting at the Gateway and get a free Kurt Bestor concert under our belt. 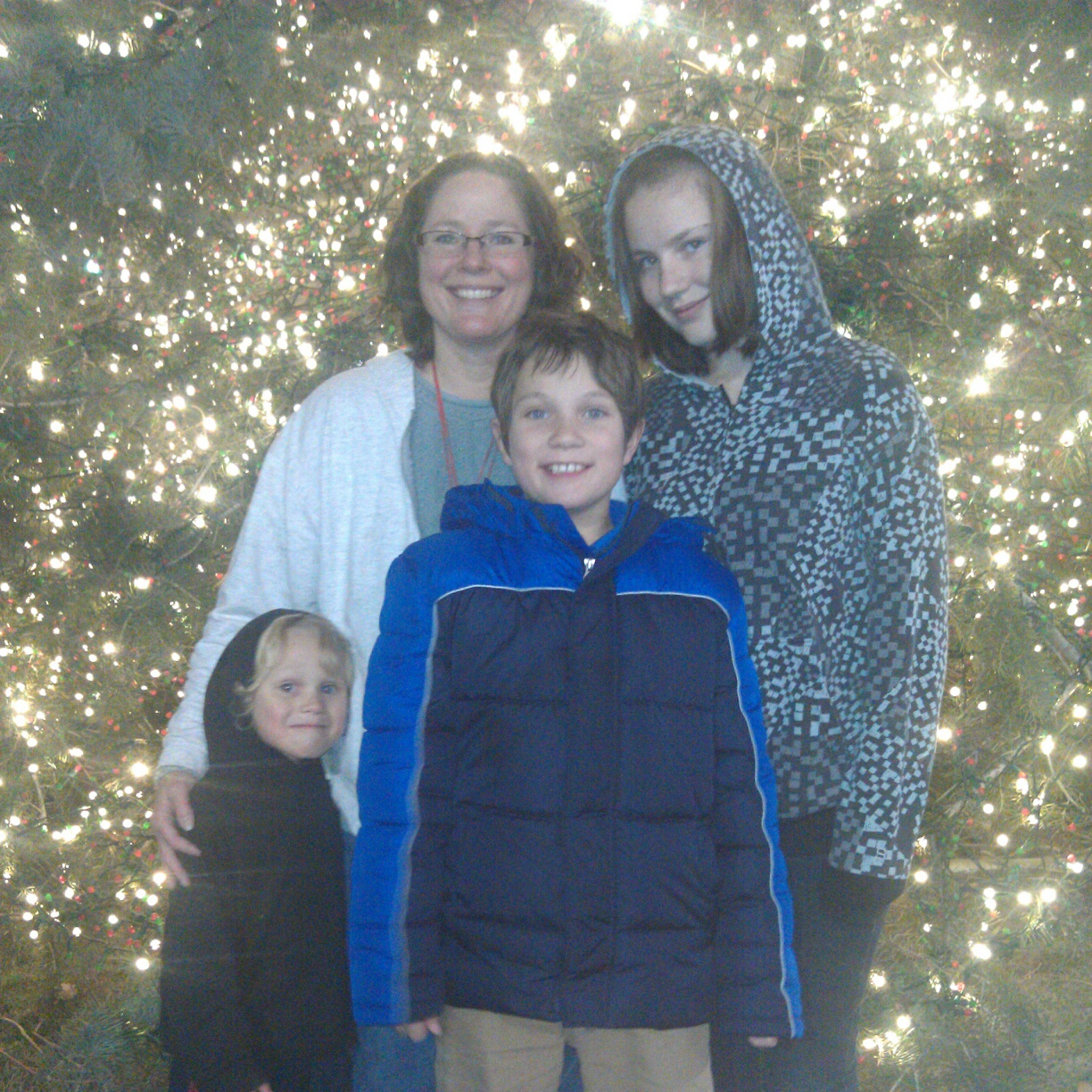 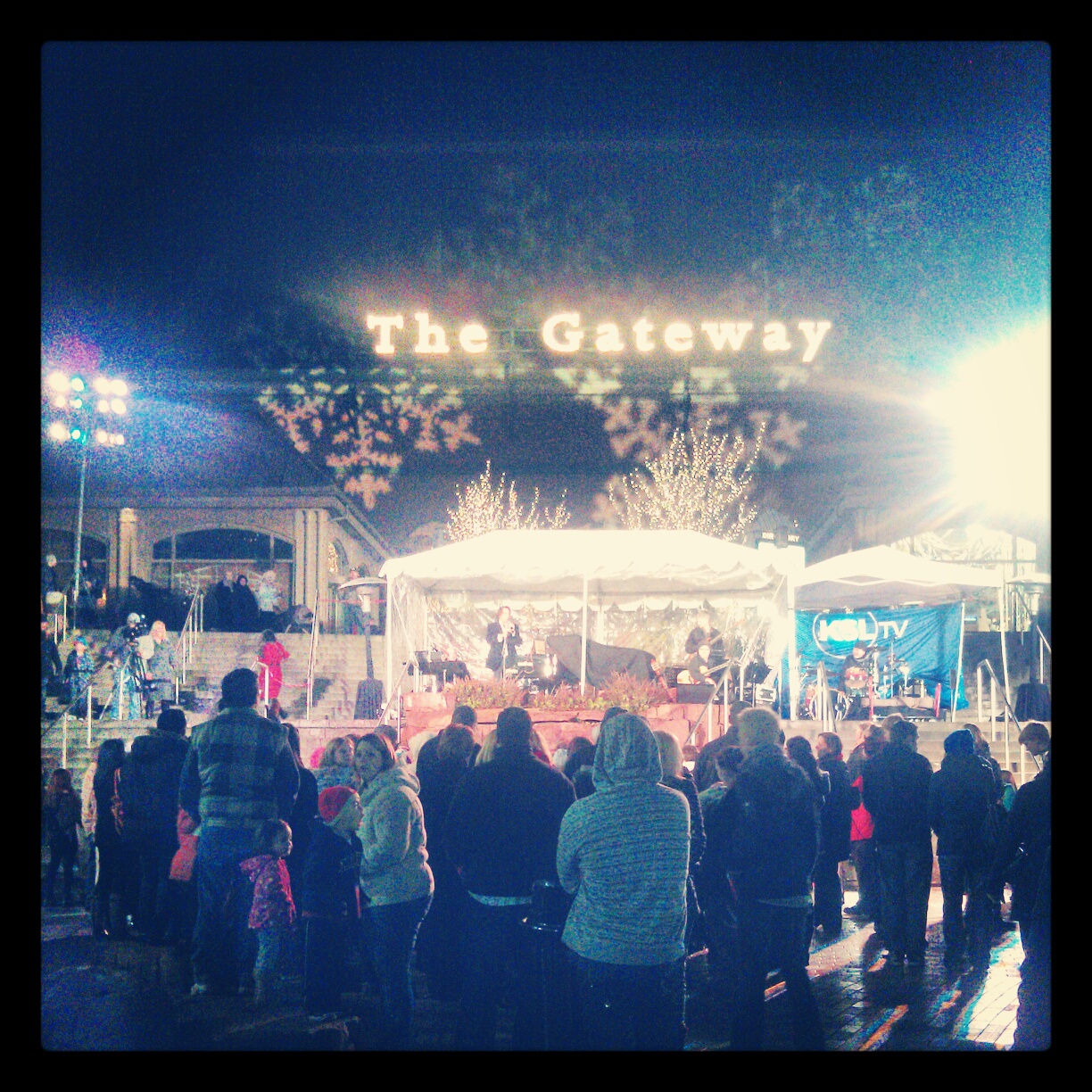 This year we planned it so that our entire family was able to be at my Dad’s for Thanksgiving annual feast.

We woke up early and so that we would have the time to squeeze in another of my favorite traditions the “Christmas Trees hunt.”  It was not as fun as the ones of my childhood, but I think my kids will be able to look back on this as a really fun time.  Even if there was a fight about who had picked out the best tree. : Someday we will need to schedule a hunt with all of the aunts uncles and cousins so that the chaos factor is even greater, chaos=fun for kids. 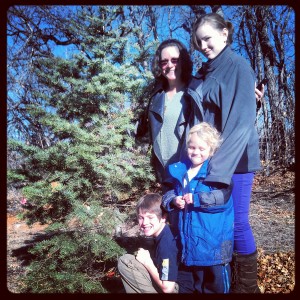 After the tradition of stuffing our selves with great food.  We went to the Fillmore Rifle Range for a “turkey shoot.” It was a lot of fun I think that the little ones really enjoyed sending quite a bit of lead downrange.  We even got to break in my new toy that I bought a couple of weeks before.  My daughter placed second to her Uncle Wayne and walked away with a Chocolate pie for her efforts. 🙂 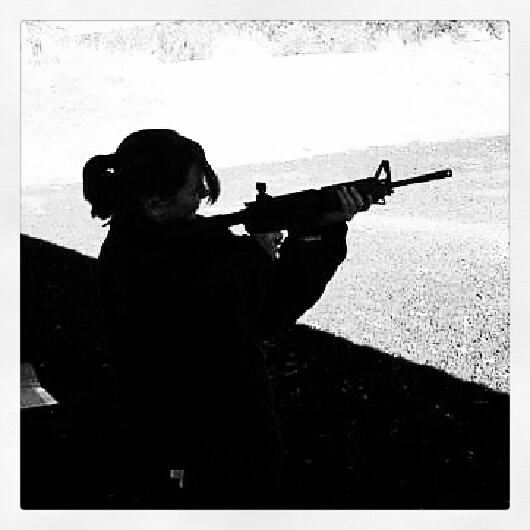 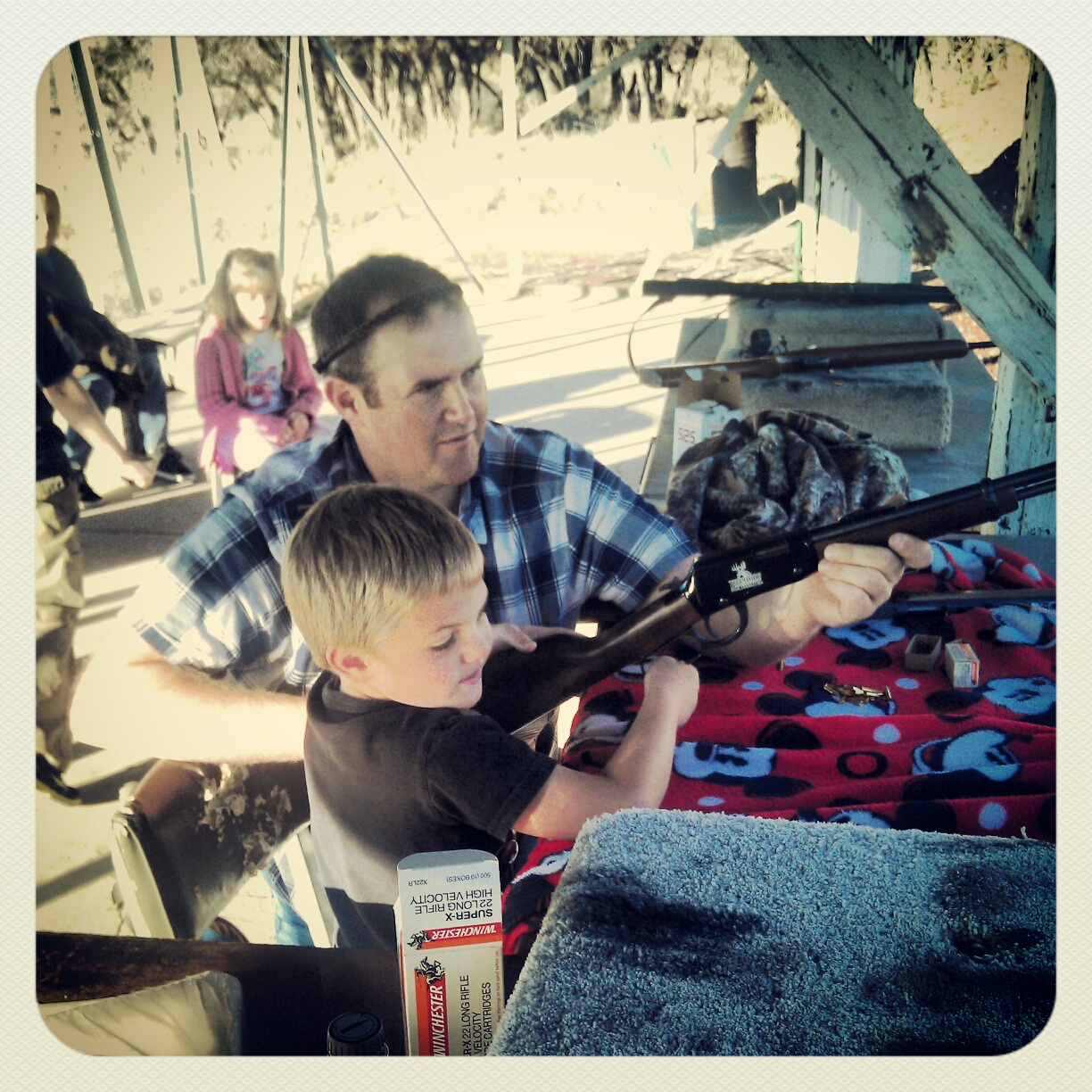 Adding even more complications to the holidays was a school play that my daughter had the lead part.  It was a comedy murder mystery with all the classic characters  She play the Miss Marple/Murder She Wrote styled character.  It was pretty good as far as a Middle School play can be she did really well remembering her parts and delivering them in a passing English accent.  However, there were late night practices a-plenty and it really pressed us for free time.

Another bit of great planning and we were able to arrange for all of my family parties to be held on the same weekend. It made for a very busy, but super fun time. Belinda, Craig and I were able to go trespassing onto Grandpa Ropers farm to take lots of picture on at my old playground. I was so nice to see my families and as an additional bonus we were able to see my niece be baptized as well.

Photowalk/Trespassing
During the kid portion of the Roper party we (Belinda, Craig and I) figured that we would go and do some wanton “trespassing” on Grandpa farm. I was great fun wandering through my old “playground” And NO I did not start any fires. One of the most interesting and meaningful things we were able to do was take some time and visit Mom’s grave while we were in Oak City. It was actually fun being there with my sister and brother with kids in tow. 🙂 We even took a little time to sing a butchered, but funny, rendition of “Sleigh Ride.” You ever tried to remember the lyrics to that one. 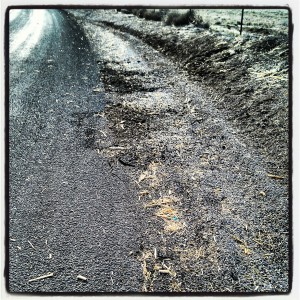 Driving back from the Roper Family party I glanced down to adjust the heater. Seriously that was it less than a second when I looked back up we were off the road and heading for a fence. I was able to correct and get back on the road, but is was a very close thing.  I could feel a “roll” coming on and it really could have been worse. The picture shows where the tires started to dig into the dirt.

I was able to go out on a couple of different “Photowalks” once with the Photowalking Utah group and once with the Olsen group. Both were quite enjoyable and cold. Unfortunately the end of the Family trip as we were driving home suddenly the entire car fogged up and stank of rotten antifreeze. A blown heater core I had suspected that was happening for a while, but now there was no doubt. 🙂 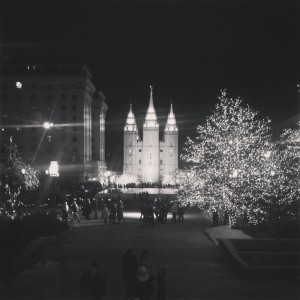 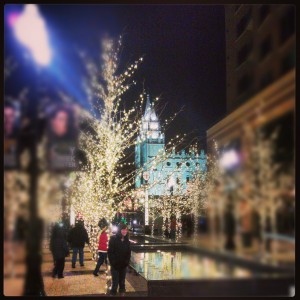 As the people rush home with their treasures… 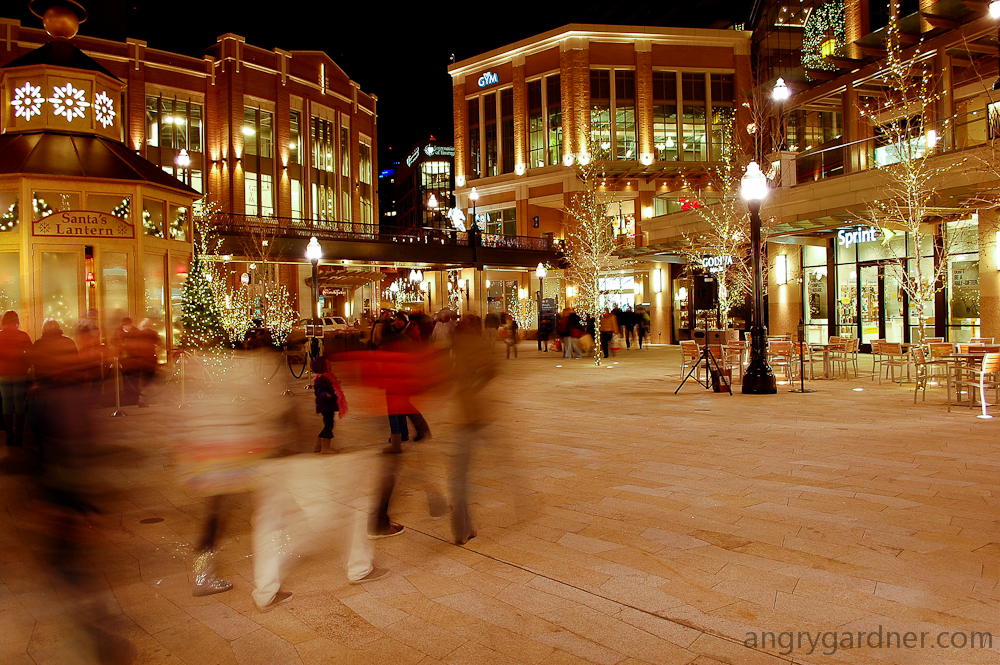 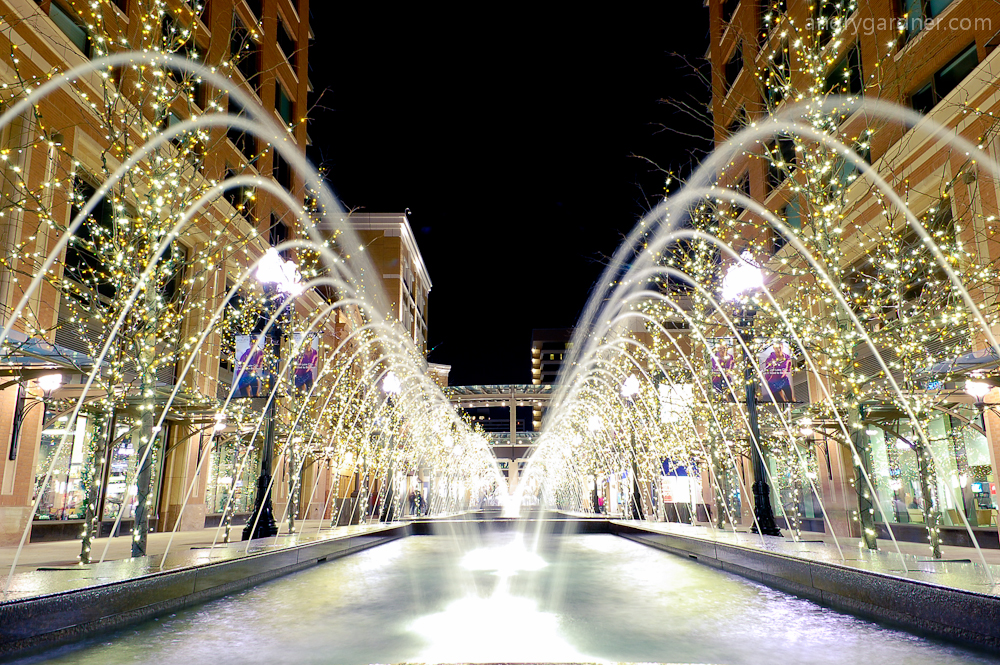 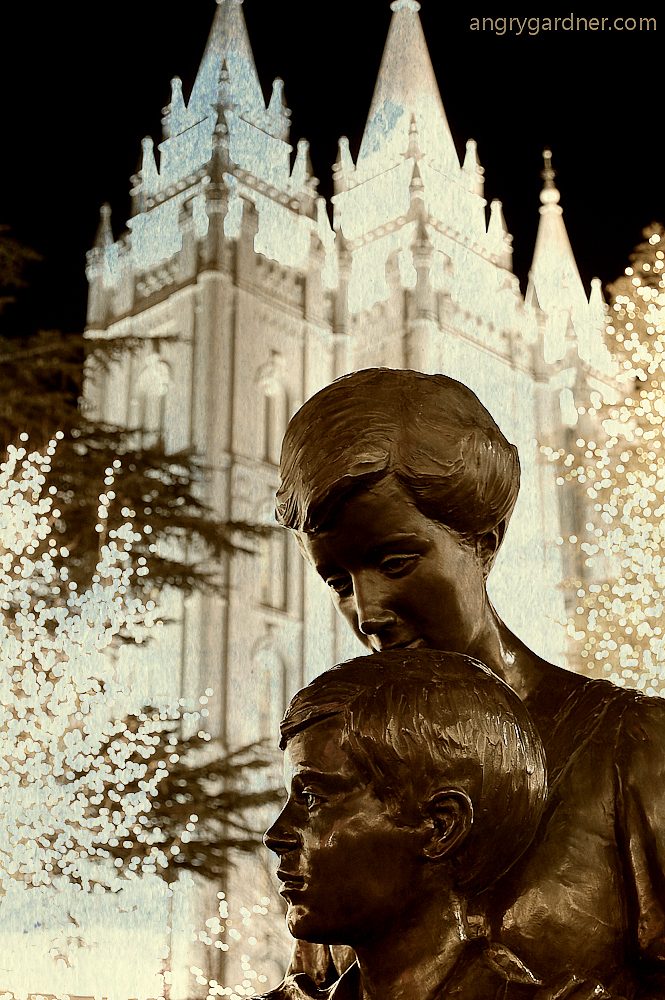 Christmas was a really fun one for me. Starting with Christmas eve I started a new tradition in adapting my old tradition. I have always tried to have a very nice dinner. This year I decided to have lasagna now one of my children is a real brat about eating my good Italian food, something about tomatoes. 😛 So I made lasagna rolls alternating between white noodles with tomato sauce and green noodles with Alfredo chicken. See what I did there, Christmas colors! It was neat and I think I will be doing that from now on.

Christmas morning was the nice exciting times that we always get to have. I love my kids they are so nice and gracious for what ever they get. They haven’t ever complained about what they find under the tree. This Christmas was even better in the fact that Aunt Belinda and Uncle Craig showed up for breakfast Waffles and Buttermilk syrup. 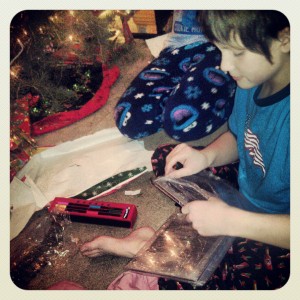 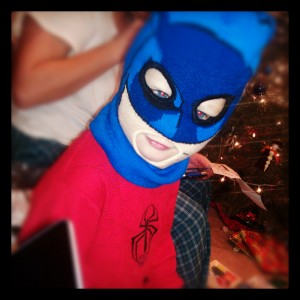 Because of heater problems we ended up splitting the family up for the drive to Fillmore. Christy, Luke and I in the COLD Expedition and the other kids in the car with their Aunt and Uncle. It had snowed the night before and the roads were fabulous. We made it all the way to Nephi before the cold became unbearable. There I stopped at a truck stop and bought a 12V heater, wired it into the battery there in the parking lot. It helped but I think it was still low 30’s in the car for the whole trip down.

Heater Core
Stupid blasted heater core!! I just paid almost $1000 two years ago to have it replaced, and it has a stupid hole again. This time I was more ambitious and figured I would keep the $950 and do it my self. I spent a minimum of 20 hours out in the garage removing the most obnoxious things to change out the heater core, including the radio antenna?!? REALLY. But I finally got it and the heater works like a complete dream. 🙂 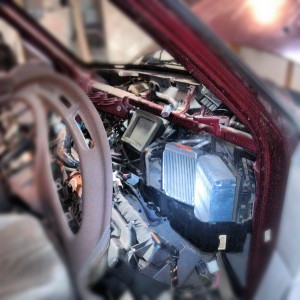 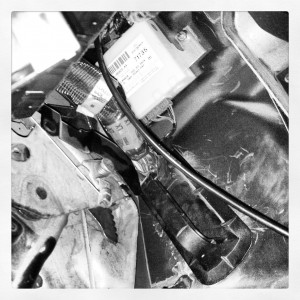 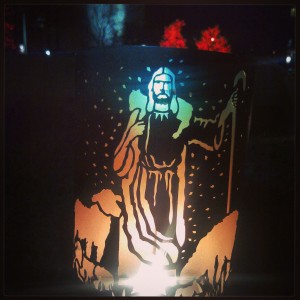 Mostly I am glad that we have a season that is set aside to honor the memory and life of our Savior and Shepard.  Until next year Merry Christmas (even in February)

One thought on “A Look Back at a Very Busy Holiday”