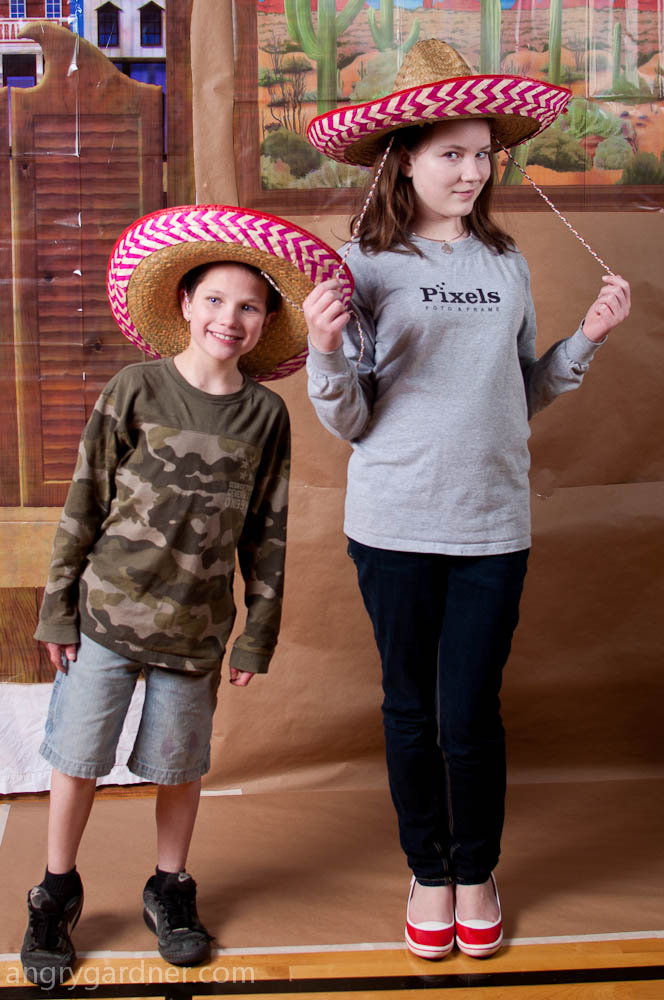 Last week we had a ward party, and I was volunteered to do photos for the couples that came.  This was literally the first time that I have been asked to take pictures for someone.  I have to admit I was very nervous freaked out.  I had no idea what it was going to be like, or how I would do.  I was told to show up 30 minutes early and they would have a backdrop in place and I would be taking pictures there.  I got there and they had set up this back drop up that fit with the theme of “Valentine Fiesta.”  Things were a little cramped so we moved a few things.  It was still close so I choose to use my 35mm for the pictures at the backdrop.  I know it is not the best focal length for portraits, but I am pretty happy with the results here are some of my favorites.

The YM President was good enough to pose while I was setting figuring out my exposure.  At least until he found out I was actually taking pictures. 😀 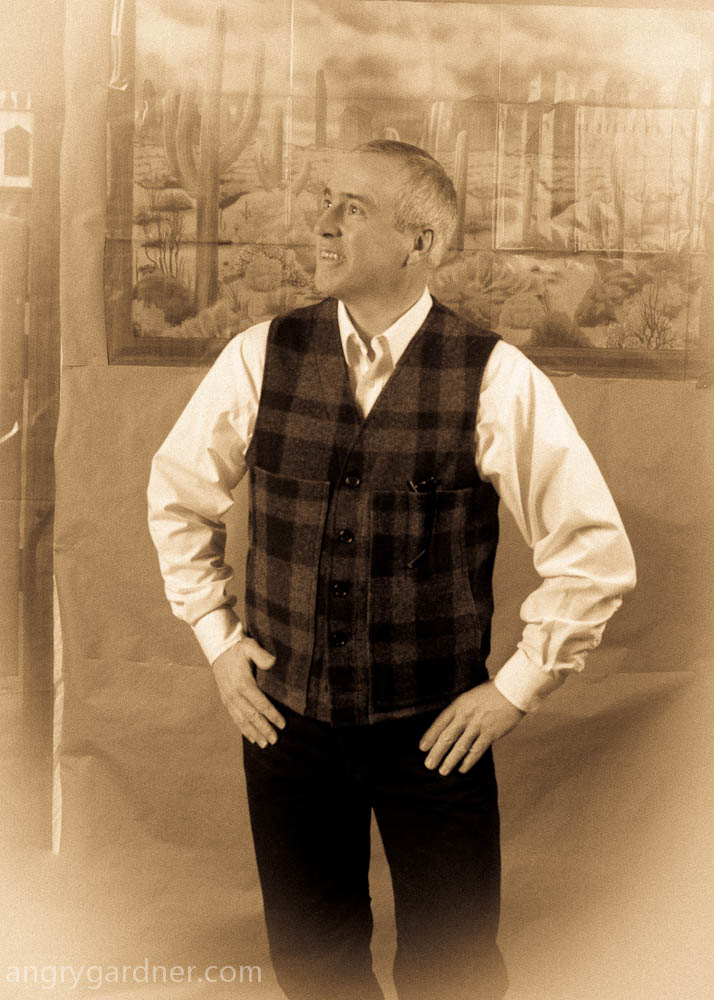 So then these two yahoos jumped in.

Is this super rock star lighting, no. But, then again, that is not what I was asked to do. So a 60inch umbrella to the subject’s right and about 7 feet up and a 24inch softbox to the left at shoulder level for fill and to hit the background a little. Both with hotshoe flashes set manually and fired with cheapee radio poppers. Camera was in manual as well; set at f/4 and 1/160 of a second. 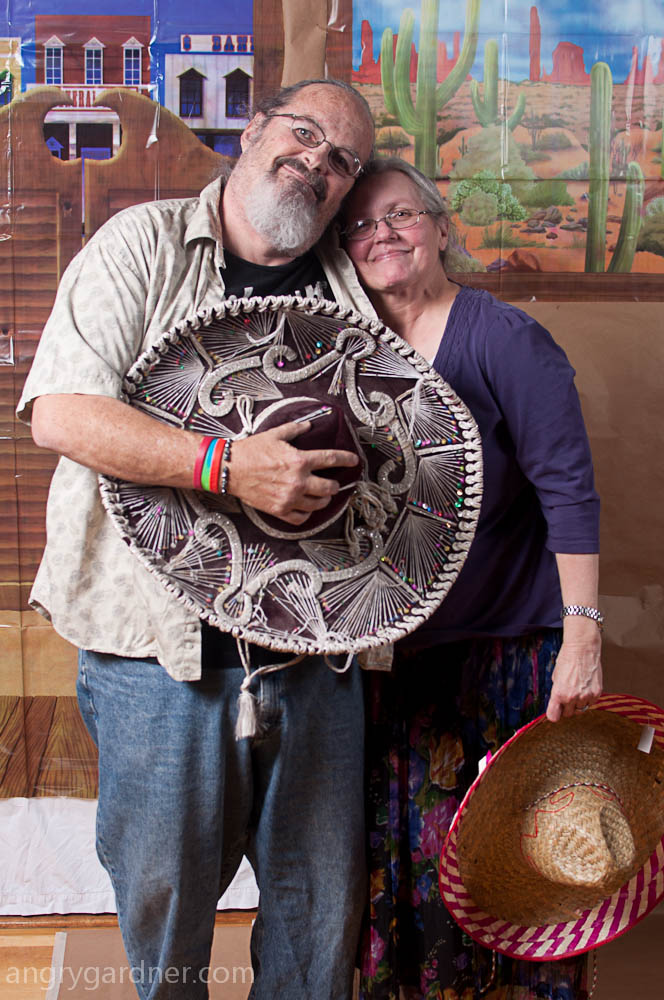 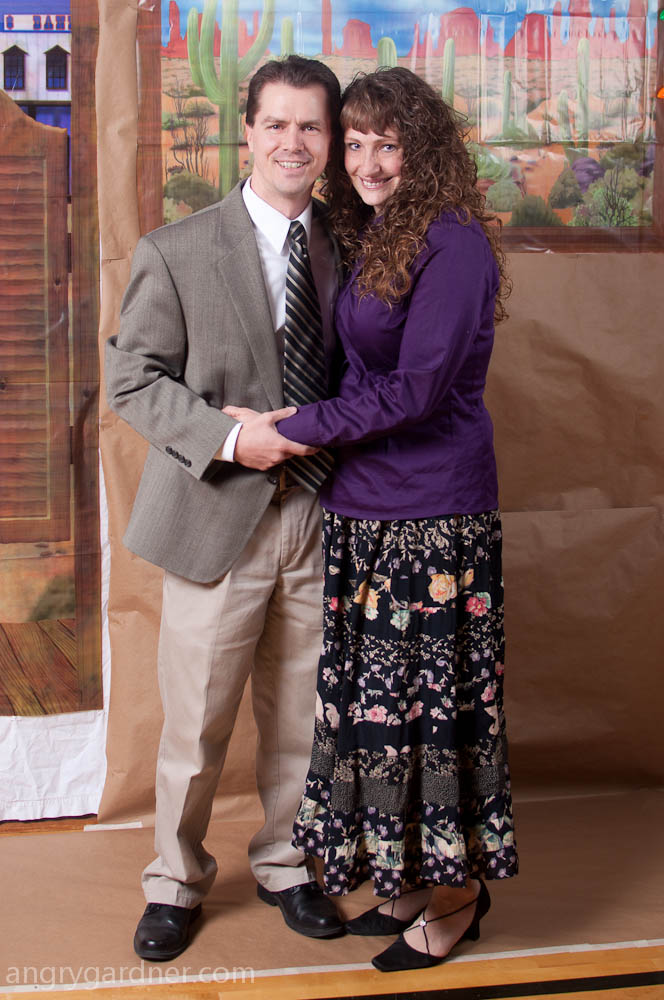 And what’s a “fiesta” without beating the “stuffing” out of a paper mache animal. This guy was a very serious about making sure that the pinta and anything else that got in the way was destroy 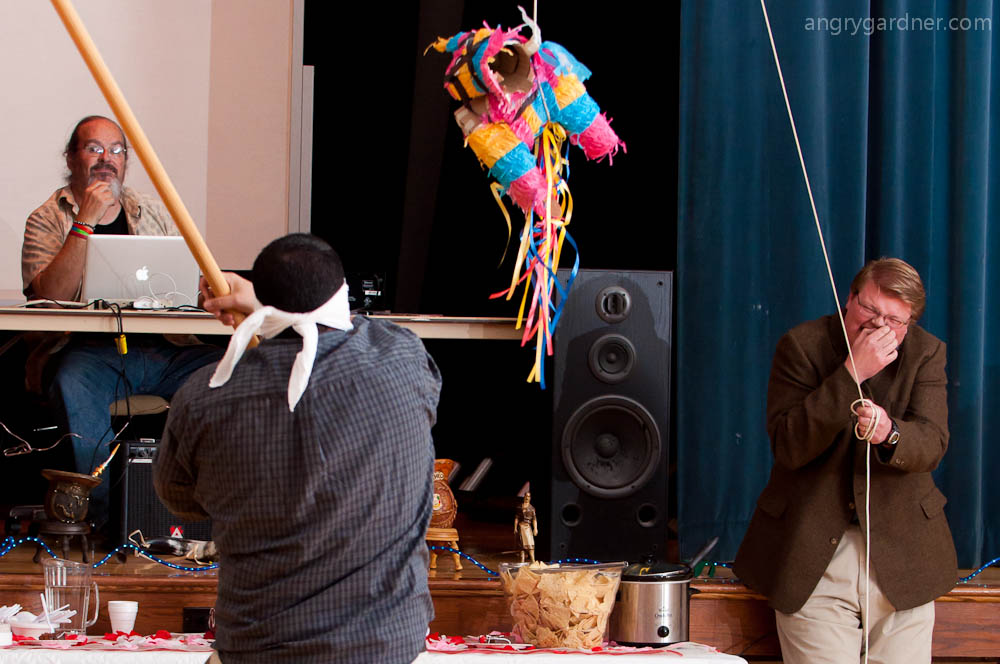 My favorite picture of the night. She said I wouldn’t be able to get a picture of her so I had to get all photo ninja. To get this shot I was hiding in a dark room shooting through and open door into the kitchen. 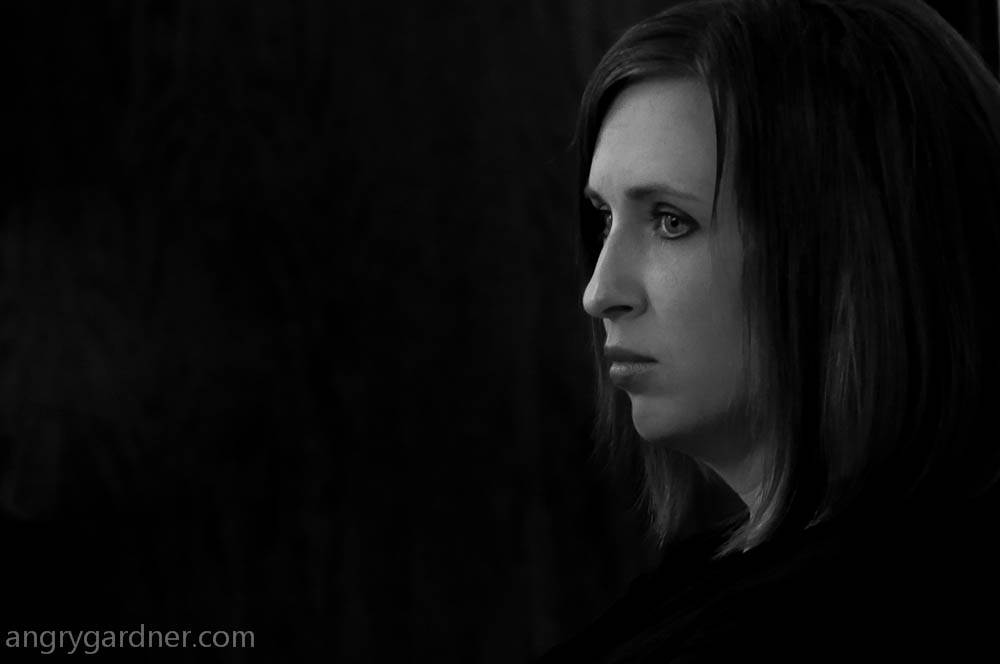 One thought on “Wild, Wild West”